Our very own Julian Scharf breaks down some of the highlights of the Pendula engineering team’s weekend away at CampJS.

CampJS is an ‘unconference’. It was started 10 years ago by friends in the javascript community who wanted to get away from the city and build cool things together. This year it was held in Broken Bay, just north of Sydney. So at Pendula, we decided to bring the front end team together for some hacking, learning and karaoke!

In the weeks leading up to CampJS, I had submitted a talk and a workshop to present over the weekend. Both were accepted, but more importantly I was also asked if I could run the karaoke night! (I had done so the previous year and it was epic). So I dialled all my efforts up to 11, packed my bags and headed down to Sydney.

I’m based in Brisbane, and the majority of my team is in Sydney, so it made sense to spend a few days hanging out in the totes awesome new Sydney Pendula office. So many good vibes, endless ping pong, Mario Kart, a few guitar jams and lots of puppies! (Apparently all the work gets done in the Brisbane office…) Regardless of how well everyone works together, something really magical happens when you all socialise a little when work has finished for the day. 🙂

I did a dress rehearsal for my synth workshop with the Sydney team before I headed off to camp for the weekend. It went down really well, and everyone had a blast.

On to the main event: CampJS was amazing. I’ll just cover the highlights:

A great talk from Rob Howard: Why to use Typescript over plain javascript. By restricting the possibilities for your code signatures you can’t compile erroneous code.  This talk had something for both the experienced and the newbies on our team. We use Typescript for everything on the Pendula front end. We find the majority of our problems at compile time, which is awesome, plus the auto-completion with VSCode is the icing on the cake.

My own synth workshop was hands-on and engaging. Everyone had a blast learning about oscillators, filters, sequencers and envelopes. Each ‘effect’ was demo’d in a pop song. I had someone tell me the next day that they appreciated electronic music with more nuance, now that they could pick out the filter sweeps, sequenced arpeggios and side chain compression in what they listened to.

The karaoke night was beyond epic. I don’t think I’ve ever felt so much pure, unadulterated jubilation in such a small room before! I kicked things off by dressing as Freddie Mercury, complete with a freshly shaved moustache! The crowd quickly warmed up and after a few hours no one even needed a microphone, it was a free-for-all sing along. I left for bed at 1:30am and it was still going strong!

Althea, who works with me in the Brisbane office, gave an impromptu lightning talk on mobx state tree. We use it for state management in our front end at Pendula. She gave a great breakdown on how to define a MOBX State Tree(MST) model, instantiate the model and then use that model instance inside a form component to update fields and trigger a modal. And she’s already been asked to present a longer format of the talk for the Brisbane React community!

After a week in Sydney I was ready for some family time again, it’s always good to come home. But as I’m writing this a few weeks later, I’m already looking forward to dropping in to see the Pendula family again. 🙂 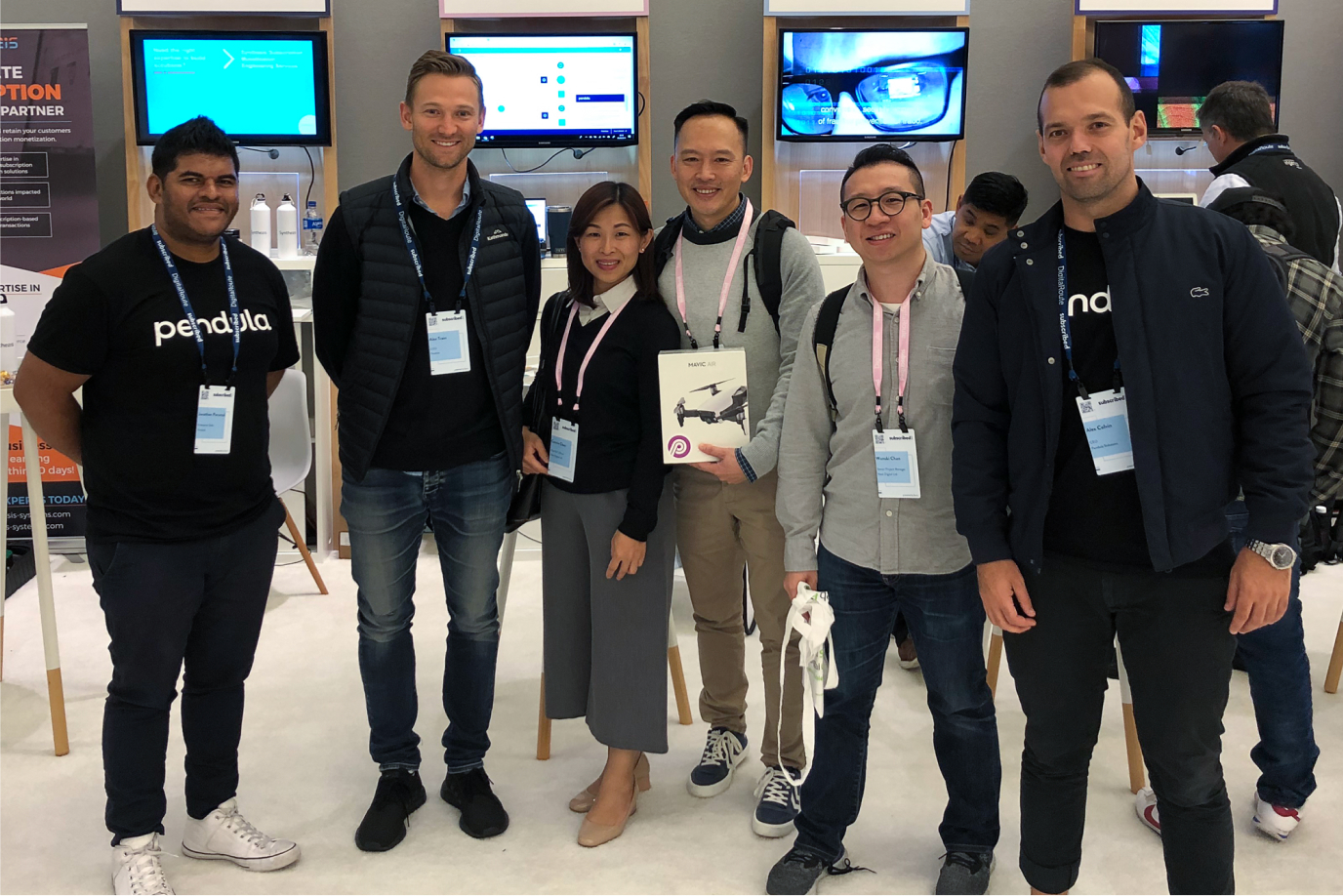 Over 18,000,000 customer conversations have started with Pendula. Are you ready to start yours?

Say hello to more customer conversations (and us!)

Thank you! Your submission has been received!
Oops! Something went wrong while submitting the form.

The heart of every customer conversation